The year 2014 will bring the general elections and changes in the economy but will it bring a recovering economy? Let’s discuss some assumptions for 2014.

Most economists and organisations expect only modest growth for the economy in 2014 – although at a somewhat faster pace than in 2013. The predictions range from 2.5% to just below 3% compared to the expected growth of 2% in 2013, after economic growth slowed to only 0,7% in the third quarter of last year.

We have also seen a steady increase in expected inflation for 2014 month after month. Other recent forecasts include that of Standard Bank, which sees an average inflation rate of 6% this year compared to around 5.6% in 2013, and a forecast from Absa Capital, which estimates inflation at 6.1% this year.

The weaker rand, SA’s high propensity to import consumer goods and our reliance on imported oil are among the factors that are to be blamed for higher consumer and production prices. 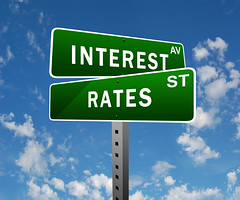 Economists differ on the timing of a possible interest rate hike, but are mostly in agreement that rates are set to go up. At the moment, the most likely scenario is that we can expect an increase of 50 points anytime from the middle of the year onwards.

Most market commentators and fund managers forecast lower investment returns in 2014 than during last year. Shares are currently high, given the fairly low expected growth of economy, the possibility of higher interest rates and unknown factors that might interrupt earnings flow in an election year. It is noteworthy that the price/earnings ratio on the All-share index is currently around a historic high of 18 times, usually seen before a period of strong earnings growth before a market correction.

On the JSE, stronger global growth and a weaker currency will help mining and commodity companies, but these shares are quite pricey already. Cash and bonds remain uninspiring, with current low interest rates and capital adjustments once interest rates increase. Property and property trusts offer good value with higher yields, but at the mercy at higher interest rates which might decrease capital value and ultimate returns.