Investment Bill: Why it matters for SMMEs

The draft “Promotion and Protection of Investment Bill” is a hot topic for SMMEs. Looking on the heading of the draft bill this might not be obvious. As it stands, it will affect any business and any citizen – and yet there is not much noise about it.

Why is that? The Department of Trade and Industry managed very well to uncouple heading and content. I am not saying that the bill is not dealing with investment issues – it does – but it goes beyond that. If you run, let’s say, a small window cleaning business, would you paying attention to a draft bill on investments? Presumably, you wouldn’t because you think there is no link to the draft bill and your small business. Unfortunately, you better do. The draft bill is catching you!

As usual the devil is in the details. First thing a small business owner should know is that the draft bill does not distinguish between foreign and domestic investors. The definition of “investors” includes investments of South African business owners in South Africa. It does not matter if a small window cleaning business buys a new bakkie and appliances for window cleaning or a corporate is investing in mines – everything is regarded as an investment in terms of the draft bill. The draft bill targets “any person who holds an investment in the Republic…” This includes each resident and each business in any sector, independently of size of the business, including movable and immovable assets. 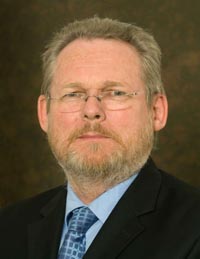 Rob Davies, Minister of Trade and Industry (source: the dti)

Please continue reading as the cherry on the cake is just about to come. Having clarified that the bakkie of the small South African owned window cleaning business is an investment, the bill suggests that government officials can expropriate this bakkie from the business if the state action is justified by “public interest”. As neither the constitution nor the draft bill defines what “public interest” is, those businesses with spare money will go the legal route. What about the owner of the small window cleaning business who will lose a bakkie to the state without funds for a court fight?

Custodianship: No compensation for business assets

Unfortunately, the story is not finished yet. In 2013, the Constitutional court ruled that no expropriation takes place if the state “only” deprives property and acts as custodian without getting ownership. Coming back to the bakkie, this means if the state deprives the bakkie of the small window cleaning business without claiming legal ownership, this will not be regarded as expropriation.

Even though only the state authorities will be using the bakkie which, from a legal perspective, still belongs to the small window cleaning business, it will not be serving the business. That’s like an expropriation without compensation.

Isn’t the heading of the draft “Promotion and Protection of Investment Bill” cleverly disguising some proposals and definitions? Thus, do you still think the draft bill does not affect your business?

The draft bill is in final stage of discussion at NEDLAC and is expected to be introduced in Parliament in the first half of 2015.

[Details and the draft bill]