The MTBPS (Medium Term Budget Policy Statement) stresses fiscal consolidation is necessary to put public finances on a sustainable footing. There will be a greater focus on long-term expenditure planning and alignment with government’s policy objectives. Expenditure growth will, according to Minister Nene, not compromise frontline services and social spending.

The end of stimulating and expanding SA’s budget cycle may have short-term consequences for the economy, but it is realistic and can build a platform for investment-led growth in the future. 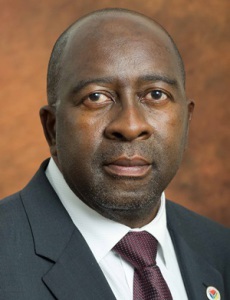 • Tax: South Africans will pay more taxes from next year. The detailed proposals will be outlined in next February’s budget, but the mini budget mentions that policy and administrative reforms will raise at least R12bn in 2015/16, R15bn in 2016/17 and R17bn in 2017/18.

• Reduced spending: Government will lower its 2014 budget expenditure ceiling by R25bn over the next two years. Reductions will focus on non-essential goods and services – for example, planned expenditure on travel and subsistence across national departments has been cut by R555m and on consultants R370m. Together with tax measures, it will improve the fiscal position by R22bn in 2015/16 and R30bn in 2016/17.

• National government’s personnel budgets will be frozen, and funding for vacancies will be reviewed.

• The largest spending allocations over the three-year spending period ahead will be on basic education and skills development (15%; R833bn), health (11%; R500bn) and social protection (11%; just under R500bn).

• Eskom will receive a direct allocation of R25bn from the sale of non-strategic state assets. This will not carry any direct costs to taxpayers, and any help to state-owned companies will be budget-deficit neutral. Any capitalisation will not widen the budget deficit.

• Economic growth is projected at 1.4% this year (in line with other forecasts), 2.5% next year and 2.8% in 2016, and inflation at around 6%. Food inflation is expected to recede from current levels thanks to buoyant global and domestic production. SA’s growth figures are lower than both those forecast by the International Monetary Fund for Africa (between 5% and 6%) and emerging markets in general (between 4.4% and 5.2%).

• Over the medium term there will be increased exploration for on- and offshore oil and gas, by developing an exploratory drilling plan and legislation.

• The focus on development of cities will be through a new approach to local government infrastructure financing.

• African Bank: Government has provided a R7bn backstop to the SA Reserve Bank (Sarb) in line with international practice, but it is unlikely that Sarb will draw on this facility.

• The government’s total wage bill will be R440bn this year, expected to rise to R470bn next year.